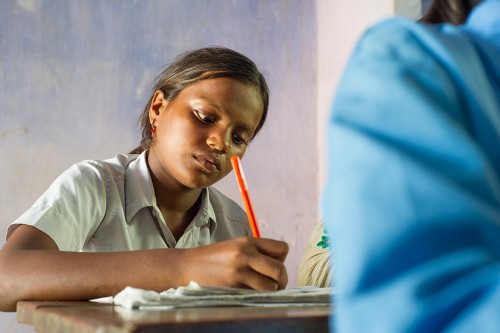 The dropout issue in India is of particular importance and interest. India has made extraordinary progress over the past decade in increasing access to elementary education, now reaching 96% of school-age children. Having brought so many children into school, particularly those from the most vulnerable groups, it is logical to turn attention to retaining them through the elementary cycle. The 2009 Right of Children to Free and Compulsory Education Act will ensure that the norms, standards and conditions essential to accessible, quality elementary education are in place. Few countries have introduced such far-reaching reforms or demonstrated such commitment to education for all children, including those from the weakest and most disadvantaged groups.  Currently, India is a leading player in the UNICEF-UNESCO Out-of-School Children Initiative, which includes children at risk of dropping out of school as a focus.

SDPP will focus its dropout prevention interventions and activities in Bihar State. The State of Bihar has been a leader in the educational reform process in India. Its progress in implementing the Sarva Shiksa Abhiyan (SSA) has been recognized both in India and internationally. An article in the New York Times termed it a “turnaround state,” noting the improvements it has made in several sectors, including education.

On May 10th, 2011 Bihar Government approved the Right to Education Act (REA) under which the children in the age group of six to 14 years will be imparted free and compulsory education. Both its pro-active approach toward education innovation and research and the severe dropout problem it is experiencing make Bihar State a prime candidate for the SDPP program.  Bihar also presents favorable conditions for implementation.  Most importantly, MHRD recommended Bihar as a project site and the Bihar education authorities are interested and willing to host the SDPP program.

SDPP proposes to focus its efforts on Grade 5, the terminal grade in primary school, based on its current analysis of the dropout problem in Bihar. SDPP activities will be implemented in Bihar by the local NGOs, IDEAL and QUEST. 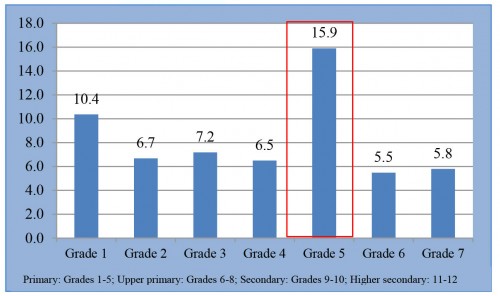 A situational analysis was conducted in a high dropout district of Bihar state, reporting 27% Grade 5 dropout, to identify the factors and conditions associated with dropout, develop a profile of a child at risk of dropping out, and inform intervention selection and design. The top reasons of student dropout among 5th grade students in the target district—cited by at-risk students, dropouts, and their parents/guardians— are both economic and academic.

Students also drop out of school for academic reasons:

Other factors cited for dropout were: illness and marriage. Factors not frequently cited: conflict, distance to school, too old, pregnancy, school safely, and lack of latrines.

In agreement with the Bihar Education Project Council, SDPP will target grade 5 in 13 blocks of Samastipur district.

Intervention impact on dropout will be assessed using randomized control trials. Outcome measures include in- and between-grade dropout, grade completion, promotion, attendance, and performance. Changes in student, teacher, and parental knowledge, attitudes and practices for dropout prevention will also be measured. Data will be collected and analyzed at baseline, mid-term, and end-line.

A sample of 220 schools was selected (based on an anticipated dropout reduction of 7 percentage points). Only schools that have target grades, are not flood prone, are accessible, have a playground, and agree to participate in SDPP were included in the sample. 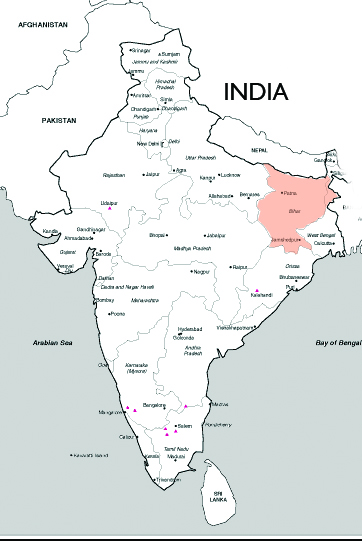